Get fresh music recommendations delivered to your inbox every Friday.
We've updated our Terms of Use. You can review the changes here.

steering with my knee 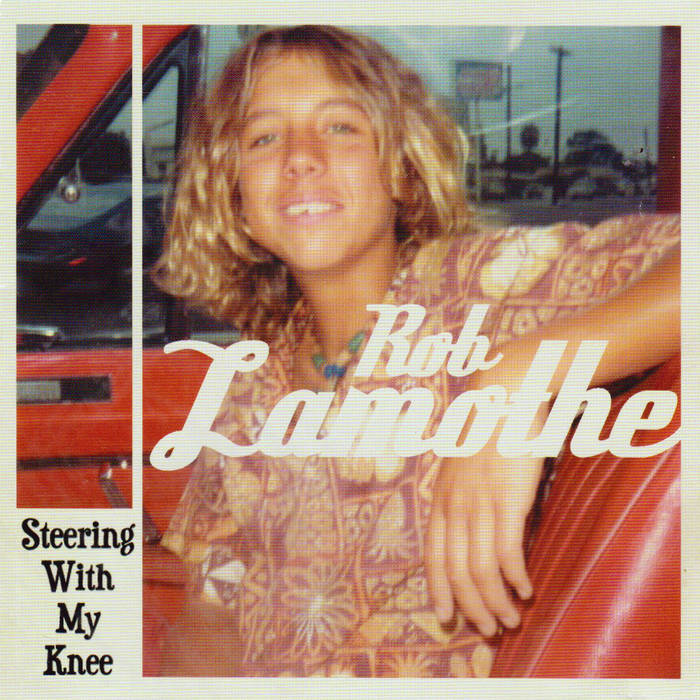 This past January, I played a gig in my hometown of San Diego, California for the first time in ten years. I invited the audience to ask me questions in between songs and at one point someone called out, "where ya' been, Rob?". Well, it's a long story...

Apparently, a lot of folks thought I had disappeared sometime in the early 1990's, after making the first "Riverdogs" record. Actually, I was making two more records with that incredible group and spending some quality time in europe, playing music and finding inspiration for my songwriting. In late 1994 I moved to Canada, where I found myself welcomed into an amazing musical community in Hamilton, Ontario. And that's where I live for now, in the company of my crazy family and friends (some of whom are world-class songwriters and musicians). I'm sure there are worse places to be.

I think this record is about home... leaving home and coming home...

I want to acknowledge and thank the following people:

First of all, Joe Byrne for making this CD happen and for inspiring me as a songwriter. Everyone at Java Joe's, especially Gregory Page and to all my friends (old and new) who showed up for the gig. Phil Rockhold and Steve Rarick from Sound Engineering Services, who came and recorded the evening.

Ethan and Terri Morgan, Tom Berg, and everyone at the San Pedro Brewery. Peggy and David, Ronnie Ciago, Cary Beare, Holly Bauman, Leslie Vincent, P.J. Smith and his band and everyone who came out to the Coconut Teazer and 14 Below after all these years.

Mark and Lynne Neveu , Paul & Cher Cowen and all at the Reader's Cafe in Dunnville, Ontario. Chris Briscoe and Gary Harb at The Casbah in Hamilton, Ontario.

Joe and Sami Romagnola, Gail "Moonbeam" Romagnola and Paul Doran, Rick and Linda Day, Ron T., Larry and everyone at the Grooveyard in Rochester, New York. Dave Anderson at Saxon Studio in Rochester.

Arnie and Barb Dyker of ADMM Records for getting my music out there. Franny, Josh, Zander and Rosie. Ralph Pickersgill for the pickups in my guitars. Michael J. Birthelmer for gear and inspiraton. Thanks also to the following people for musical inspiration...Colleen Power, Jamie Oakes, Mike Daley, Ray Materick, Melissa McClelland, Suzie Ungerleider, Gregory Page, Shannon Lyon, Michael-Dan Ehmig, David Wiffen, Eric Andersen, Janine Stoll. And to Lisa Winn, thank you for your music and everything else.

The Toronto Star says I am ‘a mercurial artist who slides effortlessly from rustic roots music to soulful country pop to full-blown rock balladry’. Works for me!

Bandcamp Daily  your guide to the world of Bandcamp

Frayle's Gwyn Strang and Sean Bilovecky join the show to talk about their cathartic new album.